Find My Past has just released the following data sets:

The 1861 Worldwide Army Index is a useful source of information if you can't find your relative on the 1861 census as it contains the name, regiment and station of nearly a quarter of a million British Army other ranks serving in Her Majesty's Army at home and overseas.

The Paddington Rifles information has been compiled from muster rolls and contains details such as enlistment date and the man's occupation.

Finally, last but by no means least, the Surrey Recruitment Registers contain the often rich details of men who enlisted in the British Army at various recruitment centres in Surrey between 1908 and 1933. 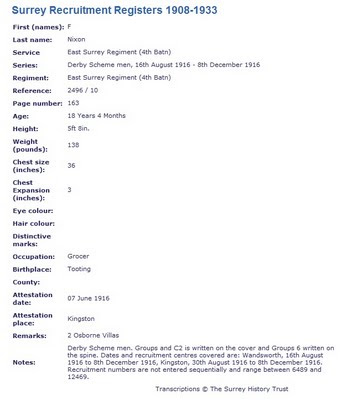