No Labour, No Battle 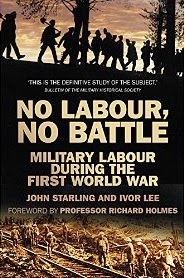 No Labour, No Battle is going to be a very useful reference source for the Labour Corps and, having been out of print for so long, I was very pleased to see that it has been re-printed by Spellmount as a paperback. My copy arrived today and whilst I am delighted with the content, I am singularly unimpressed by the quality of the book which appears to come from the print-on-demand stable with a cover so thin that it is already curling at the corners. For grizzled old military enthusiasts such as me, the point size of the type could also have been larger. The published price is £19.99 (although you can get a few pounds off buying through Amazon), but I would have willingly paid a few pounds more to have a more solid cover and larger type. It's a shame because the content is great and frankly, I'd have expected more from Spellmount.﻿

Email ThisBlogThis!Share to TwitterShare to FacebookShare to Pinterest
Labels: Labour Corps, No Labour No Battle, Spellmount 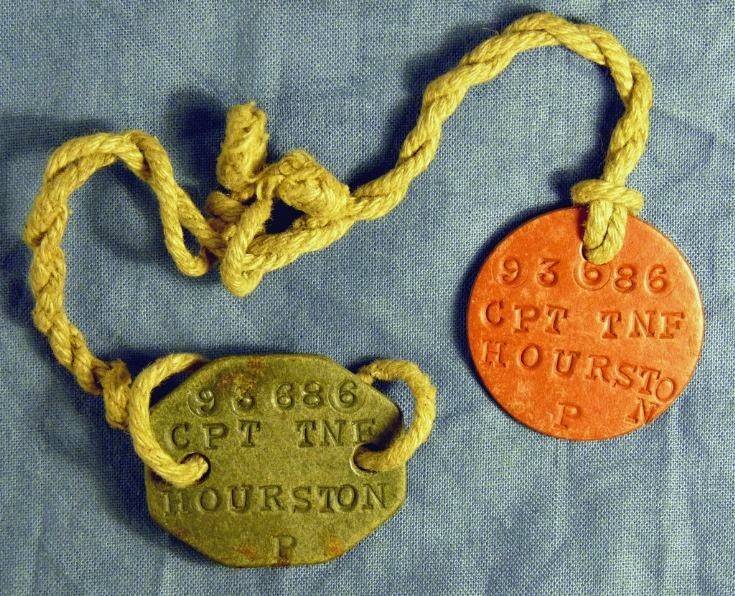 I was in Cambridge in the week and popped into G. David's bookshop, emerging a short while later with a coffee table book on the CWGC and Richard van Emden's The Quick & The Dead. In the latter, on page 136, Richard talks about identity discs. I hadn't realised that it was an Army Council Instruction of 1916 that introduced the two discs which most of us will be familiar with: the red circular disc (to be removed in the vent of death) and the octagonal green disc (to be left on the man's body). I thought it might be an idea to provide some brief information on identity discs for the British Army in the run up to and during, the First World War.

January 1907
Army Order 9 states that an aluminium identity disc fitted with a 42 inch cord is to be worn around the neck and underneath the clothing. The disc should contain the soldier's number, rank, name, regiment and religious denomination. A change in regiment or rank would result in a new disc being issued.

May 1907
Army Order 102 introduces slight changes to the above including the dropping of rank. (So if you have an aluminium disc with a soldier's rank on it, you can date it quite precisely).

April 1908
Army Order 83 authorised the issue of discs to Special Reservists and also authorised the dropping of religious denomination on discs issued to men serving with the Territorial Force.

21st August 1914
A new, red/brown disc 35mm in diameter and made of vulcanised asbestos fibre replaces the more expensive aluminium disc. The stamping regulations were the same as those of AO 102 of May 1907. Aluminium discs also continue to be used until stocks run out.

September 1916
Army Order 287 introduces the two disc I referred to at the top of this article. The reason for the introduction was to counteract the problem of identifying men after they had been killed. Although many men (including Vera Brittain's officer fiancé Roland Leighton) purchased their own identity bracelets, these were unofficial.  The green disc (referred to as No 1 disc) was to be threaded on a long cord around the neck with the red/brown disc (No 2 disc) threaded on a shorter cord from disc number 1.

The Western Front Association has chapter and verse (and scans of the Army Orders) on its site. Image courtesy of Orkney Image Library. 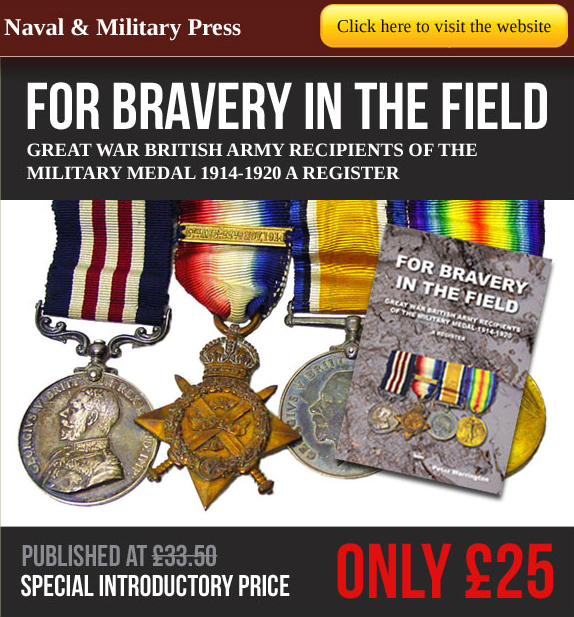 Here's another essential publication for those with a World War One or medal interest: Great War British Army recipients of the Military Medal 1914-1920. This is a big book and now would be the time to buy it at this special introductory price. Click on the link or the images to go straight to the Naval & Military Press website. 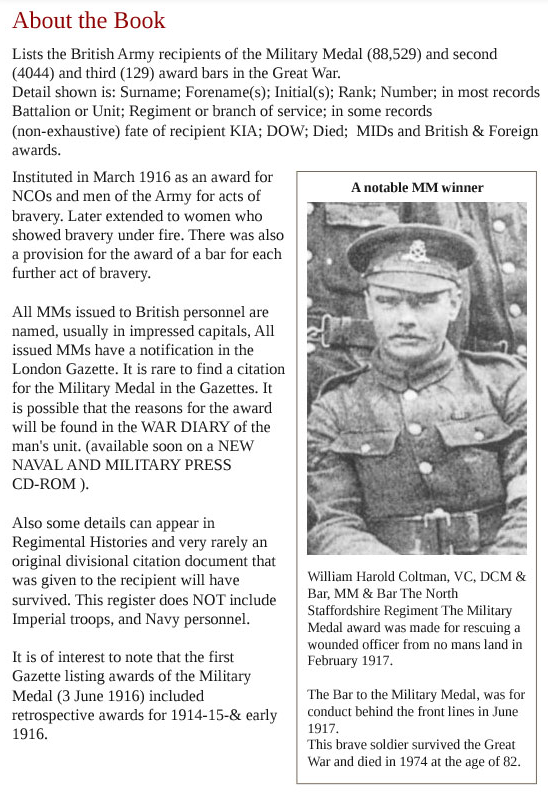 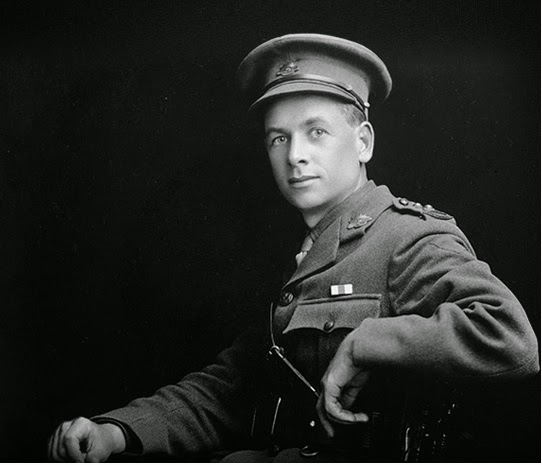 I have just been looking at the Beta version of Discovering Anzacs, a very nicely designed little site which commemorates the lives of Australians and New Zealanders who took part in the Boer War and First World War.

I searched for the Heasman brothers, all of whom get mentions on my Chailey 1914-1918 blog and I was very impressed to see that when you select a name, a surviving service record also appears. This is great technology and of course the service records in Australia are free to view (unlike those in most other countries).

So hats off to the National Archives of Australia and Archives New Zealand for producing such a user-friendly and attractive site; a fitting memorial to all those who served. I shall be back.