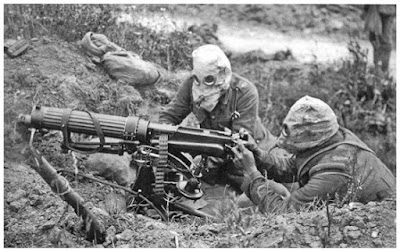 Please drop me a line if you know of the existence of a photograph of Harold Monkley Bygott.

Harold M Bygott was born in about 1883. He was the son of Walter and Rosina and Amelia Bygott and he served in the British Army during the First World War, first as a private and later corporal with the 1/1st County of London Yeomanry (regimental number 3544), and later with the Machine Gun Corps Cavalry (regimental number 110958). In June 1918 he was commissioned in the Leicestershire Regiment and ended the war as a second lieutenant.

According to the 1911 Census of England & Wales, Harold Bygott was born in Fallowfield, Manchester. He appears on the census return at 75 Elborough Street, Southfields, Wandsworth; a 28-year old shipping clerk recorded as Harold M Bygott and living as a boarder with Robert Roberts and his family.

During the First World War Harold first served overseas in Egypt from the 28th April 1915. He would later claim his three campaign medals which were sent to him at the same Elborough Street address in 1922.

During the Second World War, Harold was in uniform again and serving with the Pioneer Corps (army number 131752). He survived that war too but died on the 25th January 1946 aged 63 and is buried in Brookwood Cemetery in Surrey.

If you know of the existence of a photograph for this man I would be very interested to see it - please drop me a line at paul@britisharmyancestors.co.uk

The well-known image on this post shows machine gunners on the Somme in July 1916. Image copyright Imperial War Museum, Q3995.