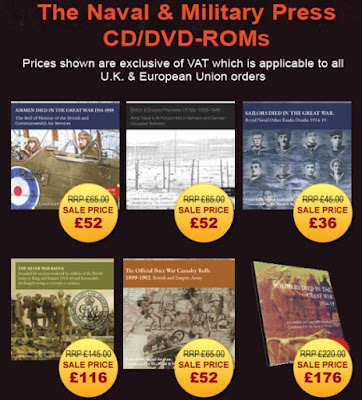 Don't miss out on these current DVD-ROM bargains from Naval & Military Press. I have a number of these myself - and rather wish I'd invested in the Military Operations, France & Belgium instead of filling up my bookshelves with the books. You can buy the DVD of these volumes for £180. I think I was paying around £30 a volume when I was buying these Battery Press / IWM imprints in the eighties and nineties. My incomplete set goes up to the end of 1917 and takes up eighteen inches of bookshelf. What's more, I need to refer to indexes to find what I need. Here on a single DVD-ROM, you have everything at your fingertips - and it's fully searchable. After 25th January, this will cost £225, so make the most of it now. 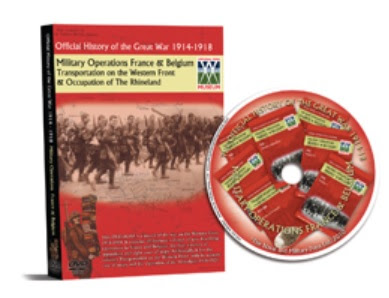 The other stand-out publication here is the War Diaries' DVD-ROM: 4,500 separate war diaries of battalions which fought on the Western Front, comprising 1.52m pages in full colour - £360 now or £450 after 25th January. Remember too, that Naval & Military Press offers an interest-free easy-payment scheme where you can spread payments across four or ten months. Well, why wouldn't you? 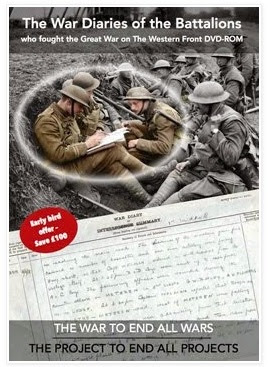 All of these DVDs  - and books from Naval & Military Press's extensive back-catalogue are offered with a 20% discount until 25th January 2016 - so you'll need to be quick to catch these deals. 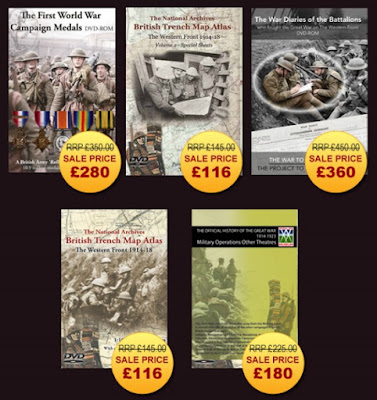 I also offer a comprehensive, fast and cost-effective military history research service. Follow the link for more information.
﻿
No comments: 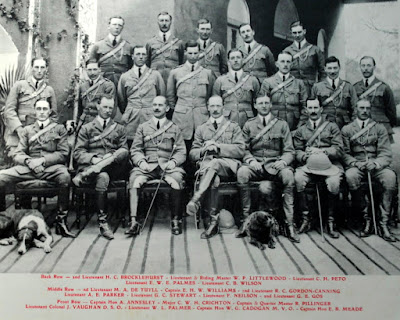 Here's a good site to visit, for anyone with an interest in the 10th Hussars or Queen Victoria's Army generally.


Born in 1860, Major Roland Pillinger joined the 10th Hussars as a private in 1879 and was commissioned twenty years later. This website charts his military career and includes hundreds of original photographs. It is, quite simply, a treasure trove. In my opinion, highlights of this website are the photos taken at Rawal-Pindi in 1910 (including the photo above) as well as the albums of X Hussars photographs covering the years 1879-1886. There are also previously unseen photos of the 1911 Delhi Durbar. 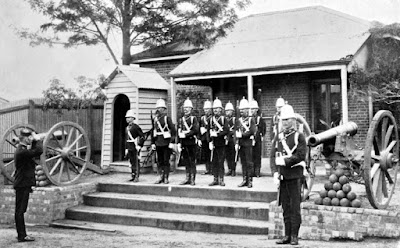 One of my many side projects is an index of the first seven volumes of the Navy & Army Illustrated; this for my own purposes as, in my opinion, it remains an extremely useful reference resource for the late-Victorian Army. I thought readers might be interested in this article picked from Volume 3/31 and dating to February 1897.

"Men wishing to join the Army may exercise a considerable choice as to the corps in which they will serve. They may be enlisted for " general service," in which case they will be sent to cavalry, artillery, engineers, infantry, etc., according to their qualifications and to the requirements of the Service. Or they may be enlisted for "general service (cavalry)," or "general service (infantry)," in the former of which cases they will be sent to any cavalry regiment, and in the latter to any infantry unit, where their services may be required. Or they may require to be enlisted specially for the corps of Household Cavalry, for the corps of Dragoons of the Line, for the corps of Lancers of the Line, the corps of Hussars of the Line, the Royal Regiment of Artillery, the corps of Royal Engineers, individual regiments of Foot Guards or of the Infantry of the Line, the Army Service Corps, the Medical Staff Corps, the Army Ordnance Corps, the Post-Office Corps, the West India Regiment, the Roy3l Malta Artillery, or the Hong-Kong Regiment. A recruit cannot ordinarily enlist for a particular cavalry regiment, battery or company of Artillery, company of Royal Engineers, or battalion of infantry, but only for the whole corps of which such regiment, battery, company, or battalion forms part. A soldier's brother may, however, always require to be enlisted for the particular unit in which his brother is serving - following the example of the Irishman, who wanted to enlist in the 88th Foot so as to be near his brother in the 87th."

The "joke" of the last line is of course that whilst the numbered regiments of foot may have been consecutive (remembering too that they had ceased to exist sixteen years earlier), they were of course completely different and un-related regiments. At the time this article was written. The 86th (Royal County Down) Regiment of Foot had become the 2nd Battalion of the Royal Irish Rifles, whilst the 87th (Royal Irish Fusiliers) Regiment of Foot had become the 1st Battalion of the Royal Irish Fusiliers.

The image on this page is taken from the same issue and shows the Queensland Permanent Artillery on guard at Brisbane Barracks, Victoria.

To the Kwai and back - Ronald Searle 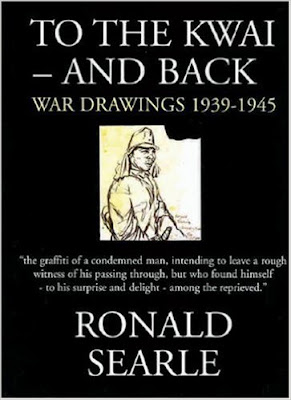 I've been dipping into this book over the last few weeks and it is a compelling and harrowing read. In a single volume, this book also demonstrates why there will always be a market for good old-fashioned books as opposed to digital representations. For all its benefits, I struggle to understand how Searle's illustrations would translate to a Kindle.

Ronald Searle will be a familiar name to many but his drawings, made whilst he was a prisoner of the Japanese between 1941 and 1944, are his most powerful and haunting. To the Kwai and Back, first published in 1986 and republished twenty years later by Souvenir Press combines Ronald Searle's illustrations with his equally powerful commentary. Two years into his incarceration he writes, "Our eyesight was deteriorating, we were losing our memory... and our leg muscles were often as difficult to control as our bowels. Our teeth loosened or fell out and pellagra left us with raw, swollen tongues and fierce burning patches on our skin. As there was never any relief from the tropical heat in the prison and no clothing to protect us from the sun outside, we were rarely able to enjoy the luxury of being able to escape the offensiveness of our bodies for even a moment." 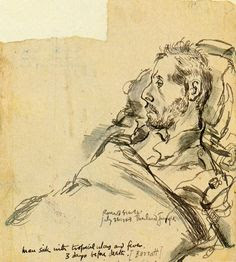 To the Kwai and Back documents the lives of the men whose fate it was to be in the wrong place at the wrong time, and also records the Japanese who guarded them. Some of the men are named - Barratt, in the illustration above is a good example - and it is possible with a little digging, to uncover more information about these named individuals. For instance, on page 86, Searle's drawing of a "Prisoner playing camp-made guitar" includes the additional information that this man is Don Hosegood. A search of the recently released PoW records on Findmypast brings up no fewer than seven separate documents for Sapper Donald Leslie Hosegood who was with Searle in Thailand and at Changi in Singapore. Ronald Searle, for that matter, also has a number of entries on Findmypast.

This is a well-written and well-illustrated book which serves as a good introduction to the horrors of the death camps of the Second World War. It should be compulsory reading.