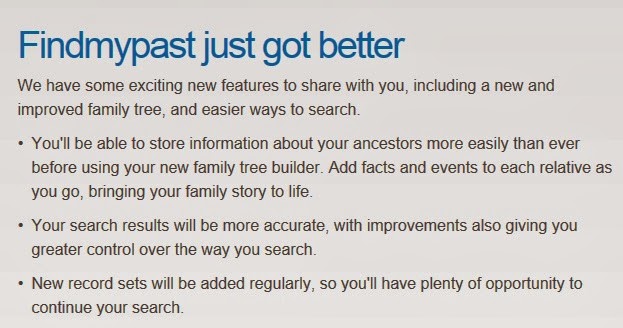 Findmypast is changing, and whilst it settles down, here's a tip to deliver more accurate search results when searching for military ancestors.

Resist the temptation to use (or browse) the Regiment or Soldier Number fields. Instead, go straight for the Optional keywords (a new and very useful feature which was not present in the older version of search) and type in the search terms there.

Earlier this evening I was looking for information on Corporal Michael Gleeson who died this day, ninety-nine years ago. I typed in his forename and last name and then entered his regimental number - 7090 - in the Soldier Number field. No less than 173 results were returned. However, ignoring the Soldier Number field and typing the number into the keywords field instead, gave me the one result I was looking for: Michael Gleeson's entry in SDGW.  I could of course, have filtered on SDGW but I wanted to see if there were any other records for a man with this number. There were not.
No comments: 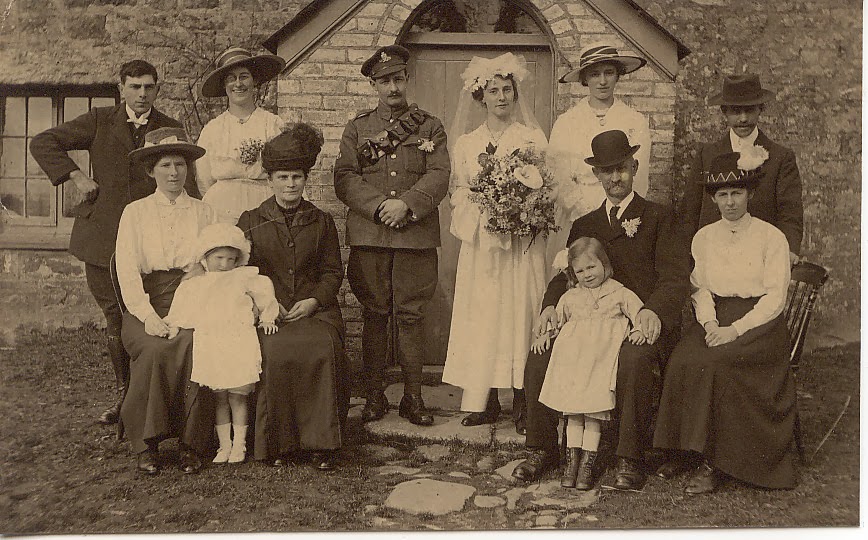 This from page 166 of the essential "The Army Book for the British Empire", published in 1893.

"Every corps has its married establishment and the families on this establishment are given quarters with fuel, or lodging money in lieu, and certain privileges as to rations; separation allowances when the husband is on duty, free passage from place to place on relief etc.

"The establishment allows 50 per cent of the sergeants and three or four per cent each of the rank and file to be married. The first essential for a candidate is that he should have his commanding officer's leave before contracting, marriage; next, that there should be a vacancy on the establishment.

"Thus the policy is to make satisfactory provision for superior non-commissioned officers and sergeants in respect of marriage, and to keep it within strict limits as to rank and file, whose re-engagement in army service it is not sought to encourage.  Indeed it would seem more logical to let all sergeants be married and to reduce the numbers allowed amongst other ranks, whose continuance in service with the colours is not so much desired.

"The class formerly known as 'married without leave' were and are a trouble and discredit to the army; the proper place for a man who is married, for whom there is no room in the establishment, is with the reserve."

The image, borrowed from From Tuddenham to Cambridge, dates to around the time of the First World War (when the regulation was presumably not applied to war-time service enlistments). The newly married artilleryman wears one good conduct chevron on his lower left arm, indicating at least two years' service with his regiment.