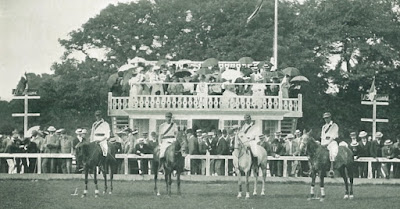 I'm often asked by people researching their army ancestors if I can locate a photo of the man concerned. Indeed, sometimes that is the sole request. I thought therefore that it might be helpful to note a few tips, pointers and observations on tracing army photos - and I'm talking about the period to the end of the First World War.
1. As a general rule, you stand more chance of finding a photograph of your army ancestor if he was an officer, and a greater chance still if he was a dead officer.
2. Millions of photos must have been taken of soldiers to the end of the First World War. However, the vast majority of those that were published usually do not mention the man by name.
3. Regiments did not routinely photograph soldiers. It was not part of the attestation or enlistment process. Nevertheless, there was certainly not a shortage of commercial photographers at home or abroad, as the military postcard section at any postcard fair will attest. I have owned many studio portraits myself, the vast majority of which are either unnamed or carry a message along the lines of "With fondest love, Harry".
4. If your ancestor was an officer in the Victorian Army, and particularly towards the end of the 19th century, he may appear in publications such as Navy & Army Illustrated. The photos on this page, published in Navy & Army Illustrated, show the polo teams of the 10th Hussars (above) and the 13th Hussars (below). The team members, all officers, are named, although not in order of appearance in the photos, so some detective work is still needed. 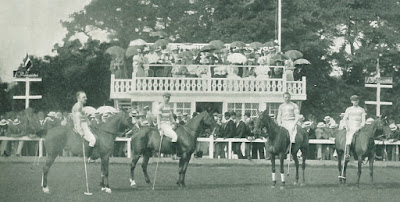 5. Boer War publications such as South Africa and The Transvaal War and The Transvaal War Album are also liberally peppered with photos, most of these unnamed, but if you know your ancestor was in a particular regiment during this conflict, the chances of finding him in a group photo must rank fairly high.
6. During the First World War there were very many publications which carried photographs. The Illustrated War News, for instance, published a number of group photos of mostly officers or senior NCOs and helpfully included names as well. This practice stopped when the second series appeared in a portrait rather than landscape series.
7. Regimental journals and chronicles are also well worth a look. The Highland Light Infantry Chronicle, for instance, has a number of sports team photos and others, usually naming the participants.
8. If your ancestor was killed in action or died before between August 1914 and June 1915, a biography, possibly accompanied by a photograph, probably appears in The Bond of Sacrifice publication, recently published as a fully searchable digital version on Findmypast.  Photographs of dead officers and other ranks from the First World War also appear in De Ruvigny's Roll of Honour (again on Findmypast and Ancestry).
9. Many newspapers published photographs of soldiers after they had died for King and Country. Check local archives, the British Newspaper Library at Boston Spa in Yorkshire or the BNA archive.
10. Google your ancestor! Forums such as the Great War Forum, have been around for many years and have posted hundreds of thousands of posts. Every day, more and more information is coming on line and every day that passes it becomes easier to research your ancestor. I found portraits for a number of the men in the two photos above, but as officers I knew that I stood a greater chance of success, and I would have been surprised if I had not found anything.
Finally, don't forget that I offer a fast and cost-effective military research service. Have a look at my military research page and drop me a line if you think I might be able to help.