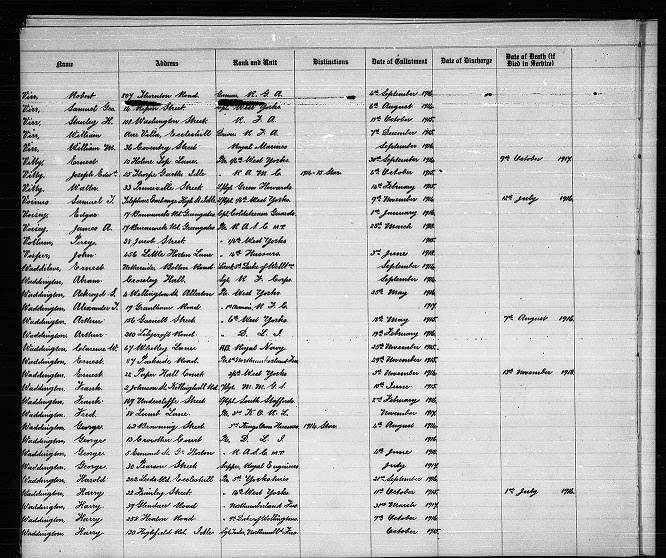 Bradford Local Studies is to be commended for making the City of Bradford Roll of Honour 1914-1918 available online. It's a basic, no frills, whack-it-up-on-flickr approach, but it works. There is no name indexing here but it is page indexed and fairly easy to find your way around. It's a shame that some of the detail on some of the pages has not been properly captured (or has been carelessly cropped) but nevertheless, the determined researcher will still find this a very useful resource, and all images can be downloaded.

The image above shows a typical page giving name, home address, rank and unit, date of enlistment and, if a casualty, date of death. It's a pity that the regimental number was not recorded, and of course there are many men who would have served in several units during the war, these additional units also not recorded.

Find your way around the site by first selecting the surname letter: 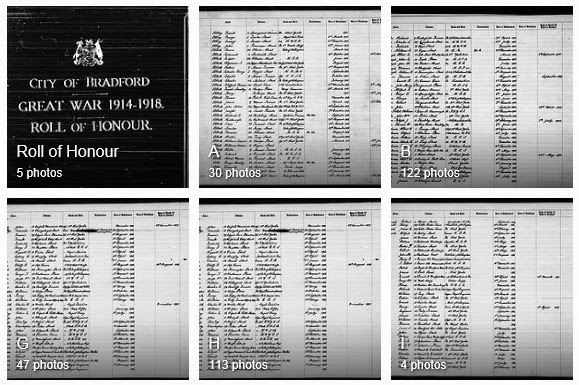 Having done so, hover over the images to find the correct surname range. 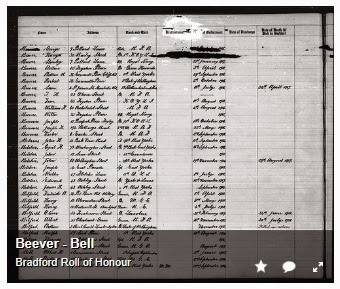 Well done, Bradford Local Studies for this unscientific but effective approach. This is a useful free resource.
No comments:

Email ThisBlogThis!Share to TwitterShare to FacebookShare to Pinterest
Labels: 1914-1918, City of Bradford, Roll of Honour 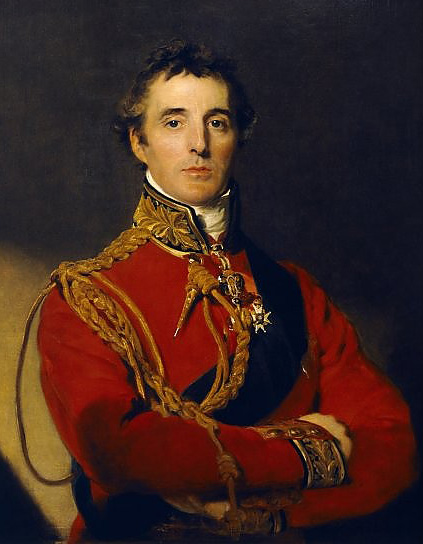 OK, here are some tips for tracing Waterloo veterans from your home town.  You're going to need access to Findmypast to do this so take out a free two week trial or find a local library that has already subscribed.

Step 2 - Determine your search criteria
I live in Chelmsford in Essex and so I'm interested in men who came from Chelmsford. I can narrow the search down by birth parish or birth town, and in this example I'm going to select birth town. This is a browseable field and so when you start typing in Chelmsf... you'll need to wait until this word appears

As you can see from the screenshot above, Chelmsford appears, along with some dubious names which are almost certainly transcription errors. To be on the safe side I'm going to select the dubious names as well. The fact that these transcription errors appear in the drop-down list tells me that these values exist in records. Select all the names that apply and wait for the lozenges to appear: 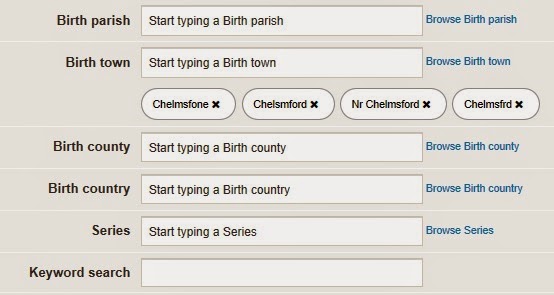 At this point in time, were we to run a search, we'd get men who were joining the army at any point between 1760 and 1913. We need to narrow the results down, and unfortunately, typing "Waterloo" into the keyword search box is not going to help because when the records were indexed, details of battles and engagements were not recorded.
Step 3 - Narrow down the age of your soldier
On the assumption that men who fought at Waterloo would have been at least 18 years old (and probably a good deal older in most cases), we can look for likely candidates by narrowing down their year of birth. For Waterloo men, I search for men who were born in 1787, plus or minus 10 years. This will return results for all men born in Chelmsford, Chelmsfrd, Chemlsf... etc between 1777 and 1797:

We're not going to narrow the search down by regiment, and in 1815, soldiers did not have regimental numbers.  We're good to go.
Step 4 - Analysing the results 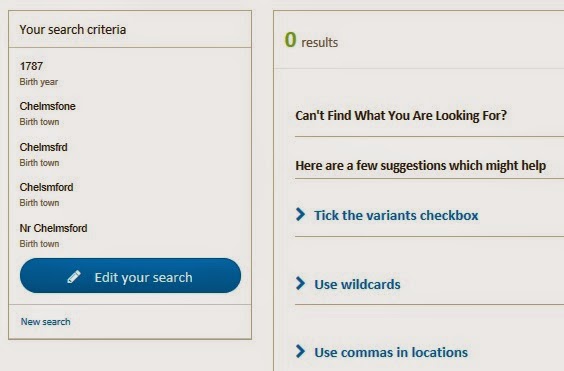 Don't be disheartened if your results look like this. It doesn't mean that there were no men who fought at Waterloo who were born at Chelmsford. It just means that again, in these cases, the birth town has not been indexed.  Edit the results to remove the birth town and enter birth parish instead:

Step 5 - Analysing the results (part 2)
This time. the search has worked fine. I have 28 results and the first three are shown below, organised alphabetically by surname as a default although you can organise by other fields.

Now, it's simply a case of going through each of the records to identify Waterloo men. Click on the camera icon to view the images. In actual fact, none of the three men listed above were at Waterloo but there are others in this list of 28 who were there. For instance, Thomas Creaton, born in Chelmsford in 1794, fought with the Grenadier Guards and his service is very clearly noted:

Elsewhere in his papers we see that Thomas was a gardener by trade and was receiving a pension as late as 1857 (which means we should also find him in the 1841 and 1851 census returns with a bit of luck).  We also see him in the Waterloo Medal Roll:

Conclusion﻿
With a bit of perseverance and lateral thinking, it should be possible to find men from your neighbourhood who fought at Waterloo, and with a bit of luck to trace them in other records as well. What better way to commemorate the events of 200 years ago by bringing the men who were there, back to life.
Note that the British Army Service Records collections on Findmypast contain records for NCOs and other ranks only. You'll find Waterloo officers in other collections.
No comments:

I was carrying out some research for a client in the week and came across this fascinating service record for Herbert Daniels, an old soldier who originally enlisted with the East Yorkshire Regiment at Leeds on New Year's Day 1906 and who has one of the most full regimental conduct sheets (in fact several regimental conduct sheets) that I've ever seen.  His record is well worth viewing in WO 363 and here's a taster of some of the charges against him:

Apart from the interesting light that these reports shed on the less than illustrious army career of Herbert Daniels, such reports are also great at pinpointing a battalion. For each of the reports above, we are given a location where the offence took place and we also see the names of witnesses, usually fellow soldiers, and sometimes several names. These names have not been indexed but it could be that one of those witnesses just happens to be your army ancestor.

By the time these 1916 and 1917 offences had been committed, Herbert had been transferred out of the East Yorkshire Regiment and into the 1st Royal Sussex Regiment who were stationed in India. I've noticed that some other men with poor service records were also sent packing to India and I wonder whether that's pure coincidence or whether the authorities wondered whether India might cure them. If that was the feeling, it certainly doesn't appear to have worked in Herbert's case. He was subsequently compulsorily transferred again in 1918, this time to the Royal West Kent Regiment, "in the interests of the service..." 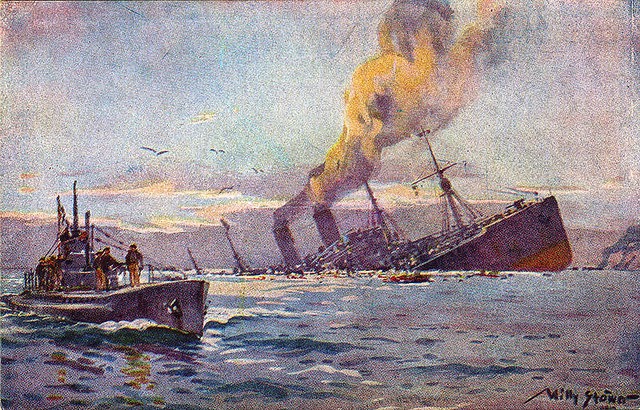 OK, I know, not army but it's my blog and I allow myself a little poetic licence at times.

Findmypast has just published an index of medal cards for 157,000 British Merchant Navy seamen who served during the First World War. This is an index only albeit with links through to images on the National Archives' page. This collection is a nice complement to the Merchant Navy service records also on Findmypast.
No comments: 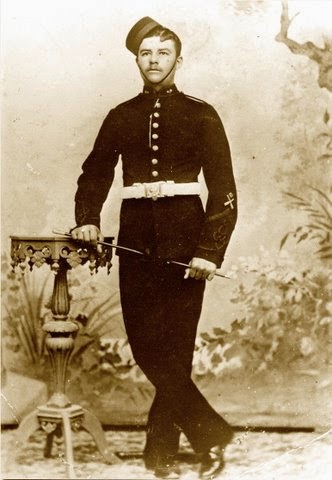 Malta Family History is a great site which was recommended to me earlier today.  Many of the individuals listed here will be recorded in other sources such as overseas births, marriages and deaths and British Army Service Records 1760-1913, but there is lots of additional information which has been painstakingly recorded and collated over a number of years and which provides either unique information or information additional to existing sources.

The site could benefit from a decent search form but once you find your way around it's a real treasure trove; well worth investigating and digging a little deeper.

My thanks to Joseph Scerri for pointing me to Malta Family History. The photo I have used on this post is one of Joseph's and shows 339 Gunner Giovani Bastiantini of the Royal Malta Fencible Artillery.
No comments: