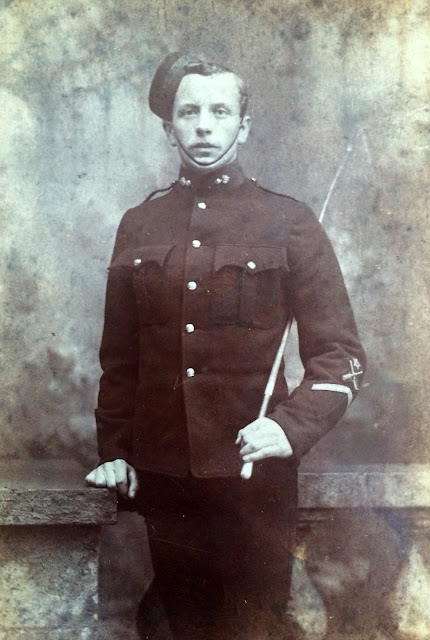 There is no date on this photo but it must be 1902 onwards as the worsted badges were not introduced until this year. This man also wears a good conduct chevron indicating two years of 'undetected crime' and carries a swagger stick as part of his 'Walking Out' dress.