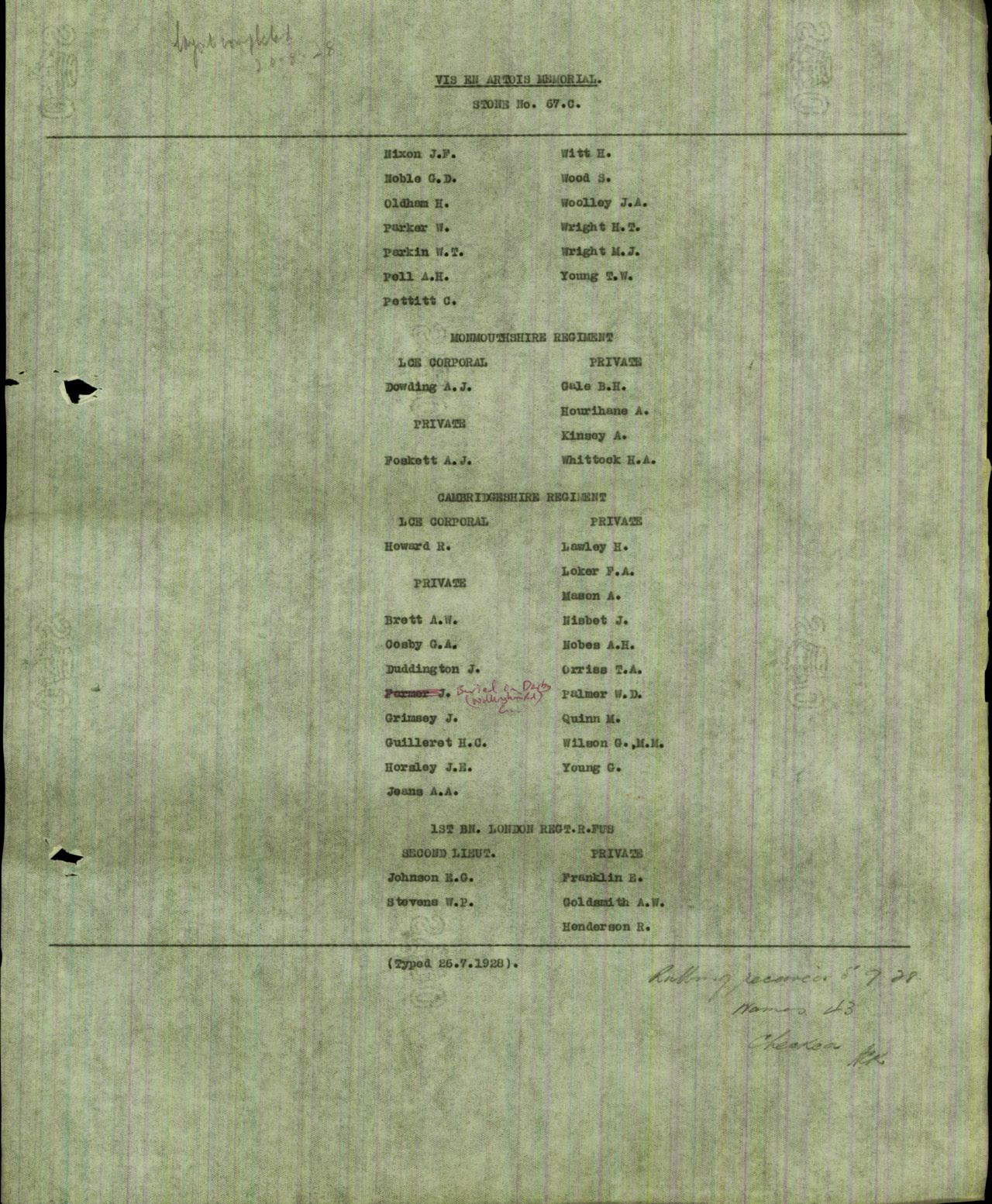 It's great to see that the Commonwealth War Graves Commission has now published original documents from its extensive archive. Above is a single printed sheet listing my Great Uncle, John Frederick Nixon, and others who appear on "Stone No. 67C" of the Vis-en-Artois memorial. Jack has no known grave and so the information about him is scant, however for those soldiers who were buried, there is often a good deal more information.
Below are four documents relating to the burial and commemoration of Private Joseph Viles who, according to discussion on The Great War Forum, was knocked off his bicycle and killed a hundred years ago today (although the CWGC register notes that he died of sickness). There are two graves registration documents and two headstone schedules. Interestingly Joseph's sister is given as his next of kin and her address is also recorded; information missing from the additional information section published online. These additions will be extremely useful for researchers. 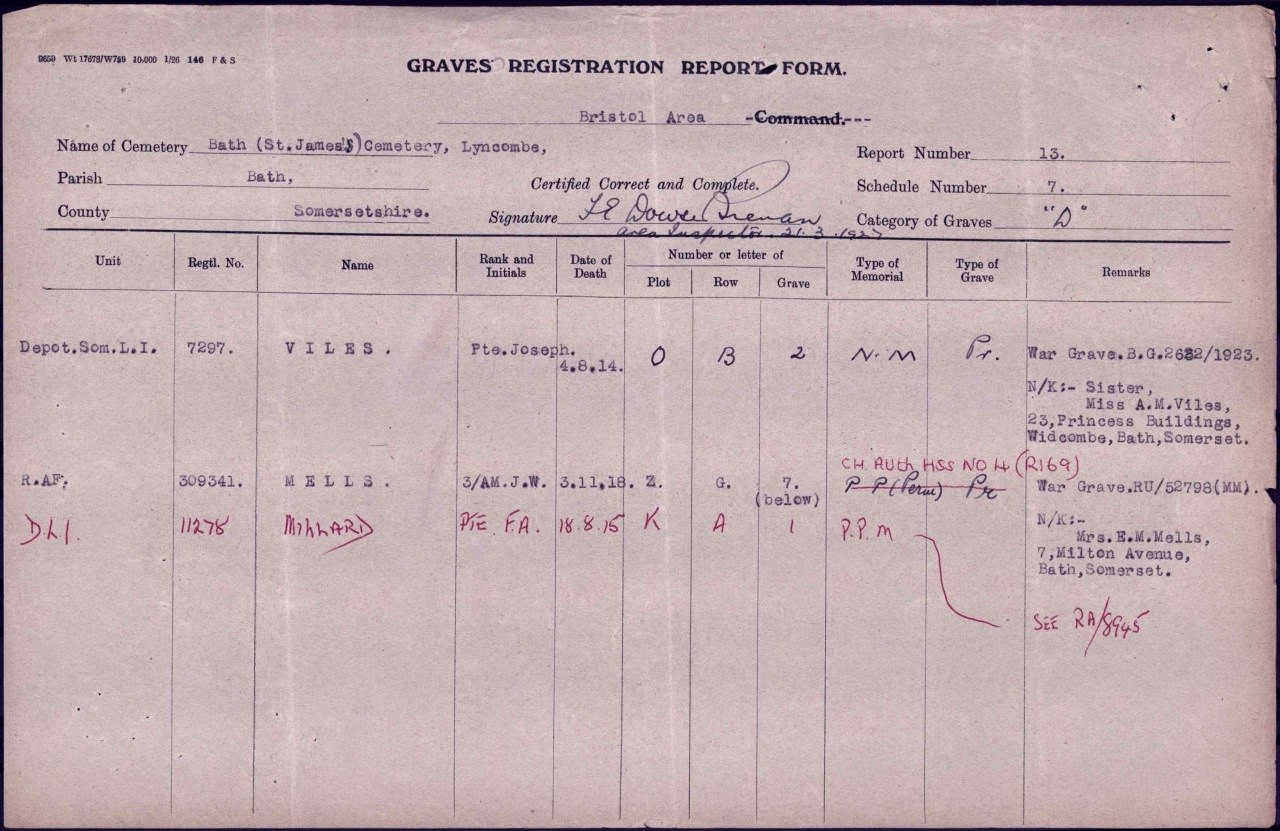 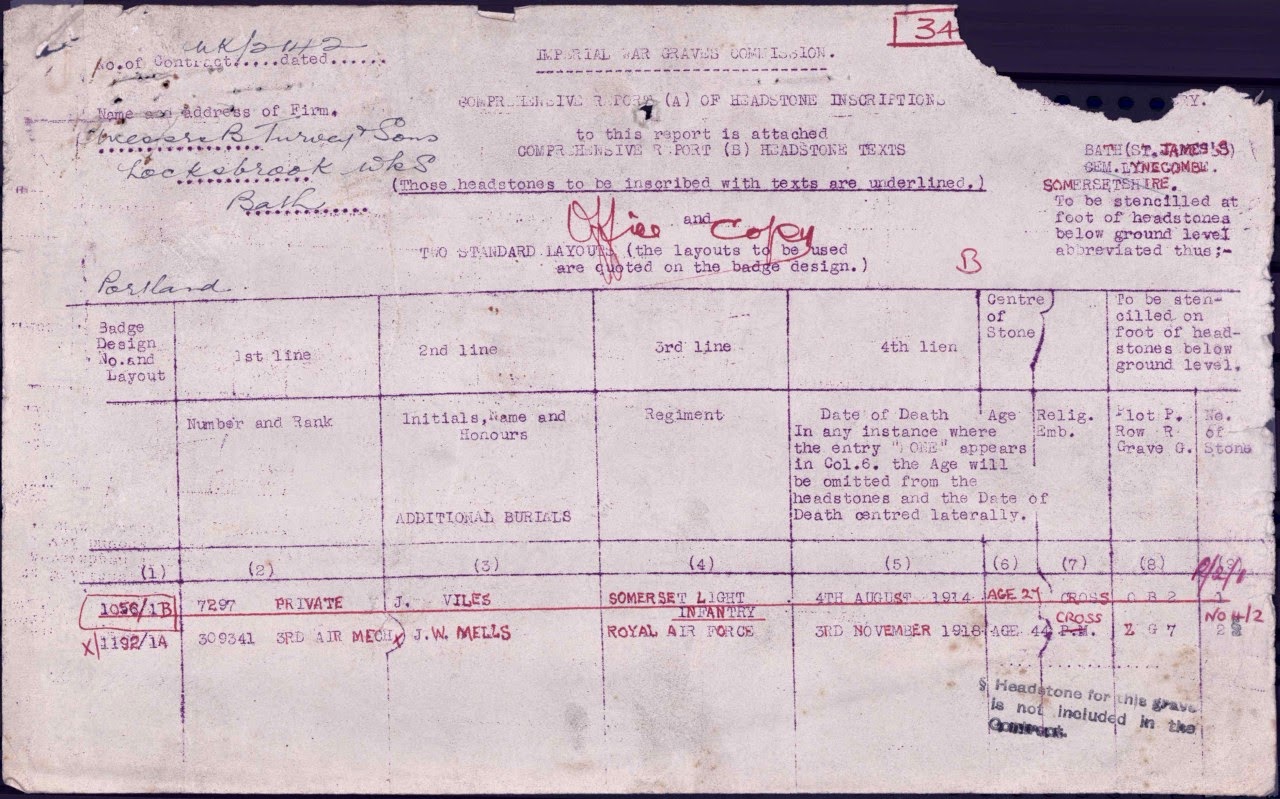 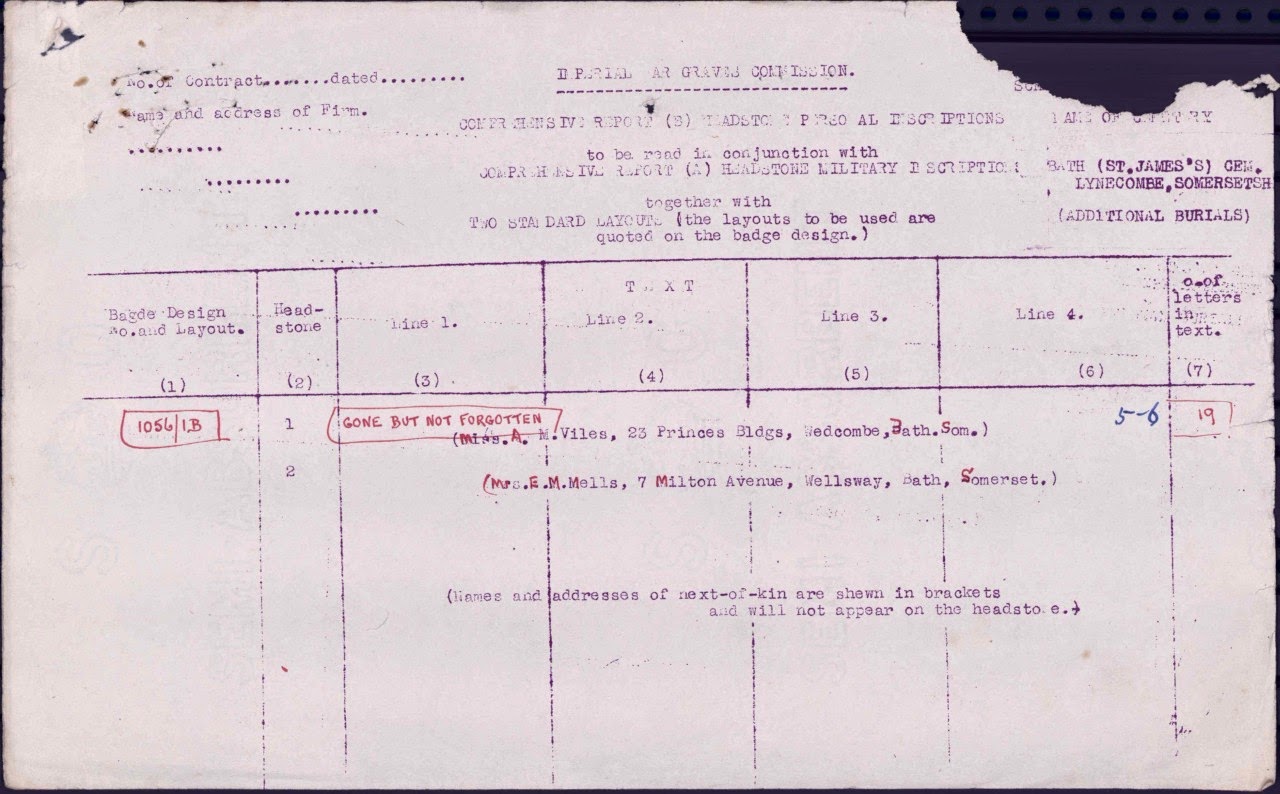 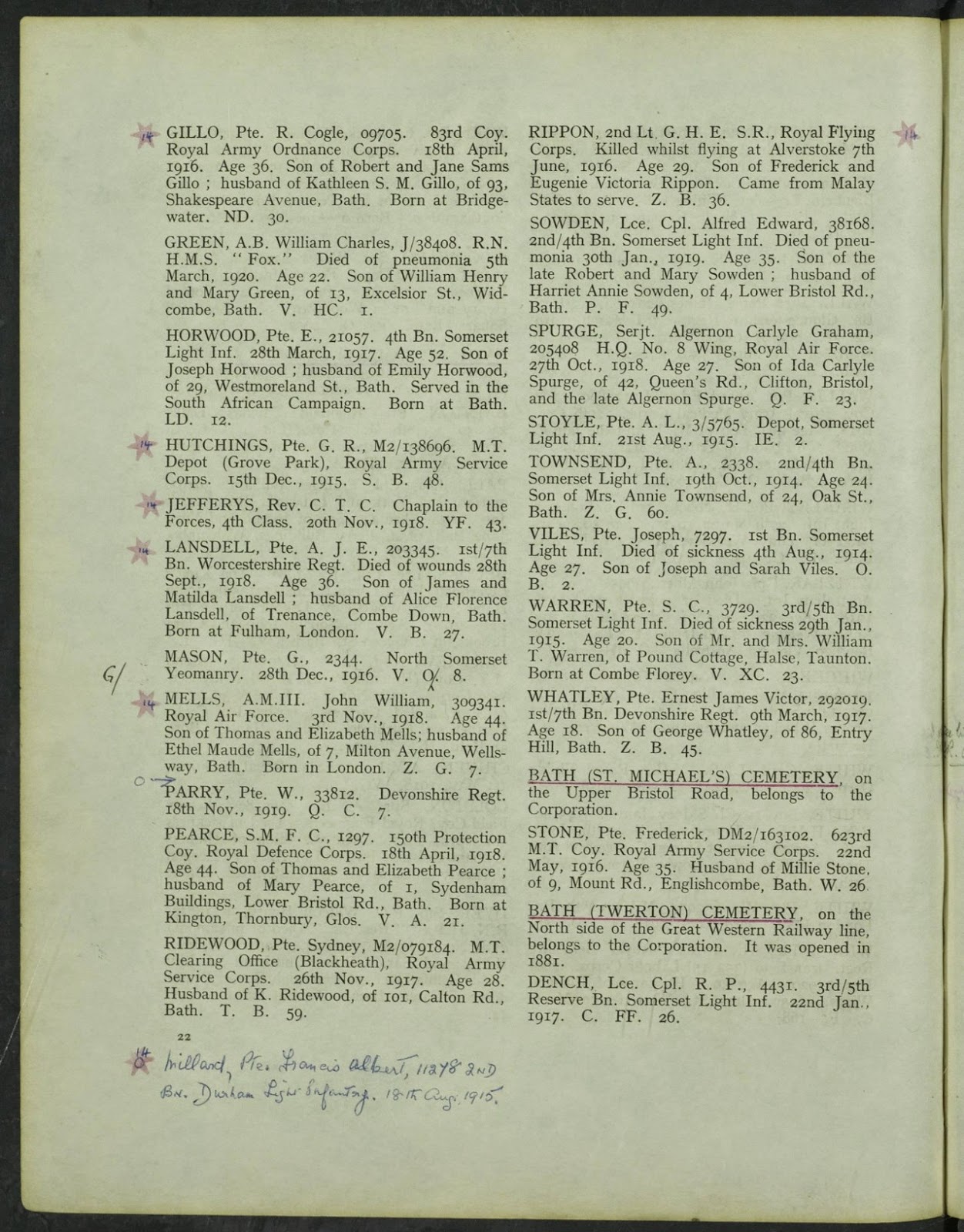