Finding a photo of your British military ancestor 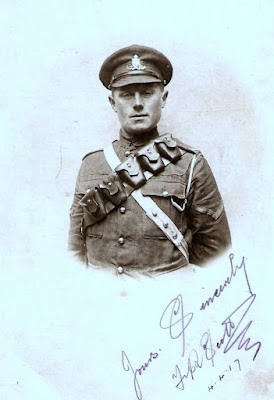 The one question I get asked more than any other is, "Can you help me find a photograph of my British Army Ancestors?" And the answer I give back in return is "Almost certainly not."

UPDATE Visit my NEW British Army Ancestors' website. Search for a photo. Upload your own. Remember over 11m men and women. UPDATE


Although millions of photographs of men and women in uniform still survive, photographs of recruits did not form part of the attestation process (I am talking about attestations up until the end of the First World War), and most photos that do survive tend to be those informal shots taken in studios, and generally unnamed.  Think about it, if you are sending a photograph of yourself to a relative, there's no need to also write your full details because the recipient knows who you are; in such cases a simple "With love from Bob" will suffice. If the portrait is being sent to a not family member, then the message - if there is one - will be more formal. In the example at the top of this post, F R Scott of the Royal Artillery has dated his card but in the example below, submariner Joe has simply used his first name. 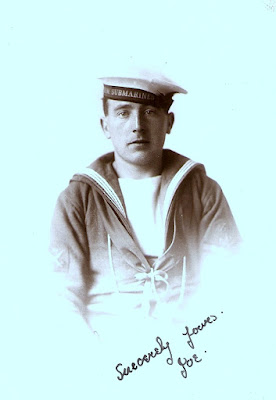 Even so, this misses the point. There may be descendants of F R Scott  and Submariner Joe who are looking for photos of these men right now. As illustrated here, photos of these men do exist but they are in private hands (and probably not catalogued). Here then, are my tips for finding photos of your army ancestors.

1. Post requests on forums. If your ancestor served in the First World War then post on the Great War Forum. If he served in the army before this date, post on the Victorian Wars Forum.  Be sure to write his full name and regiment. 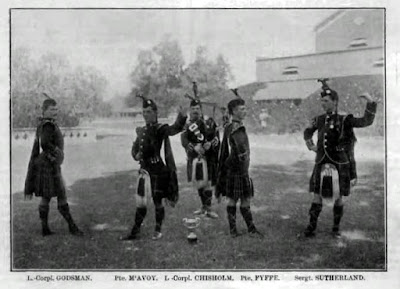 2. Write to the relevant regimental museum but be aware that even here, photographic collections may not have been indexed. Be sure to enquire about the existence of regimental journals as these can often be excellent sources of information - particularly pre First World War when the minutiae of military life is often laid bare. The image above is taken from the Highland Light Infantry Chronicle for January 1914, and the men pictured would be in action fighting the Germans before the year was out. For a full listing of regimental museums, visit the Army Museums Ogilby Trust website. 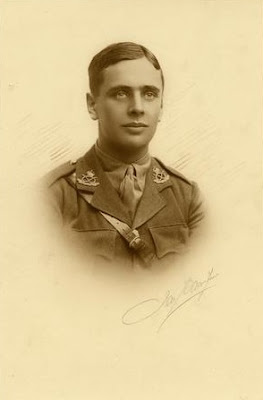 3. Check the the Imperial War Museum collection online which includes over 800,000 items, not just photographs. Included within this collection are photographs from the museum's Bond of Sacrifice collection, above.  This should not to be confused with the two-volume published collection of officer-only casualties which can now be searched online on Findmypast.

4. Create a search on eBay. My advice would be to search within the Collectables / militaria section. Enter the search terms and then, when the results are returned, click on the "Follow this search" link. In the example above I was looking for a Smith in the London Regiment. Following the search will send results to your email inbox. 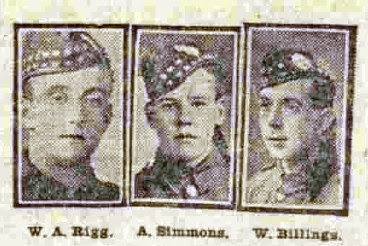 5. Check newspapers. If your ancestor was a casualty during the First World War, it is possible that a photograph of him was published in a local newspaper. The image above, for instance, comes from the Manchester Evening News published on 9th August 1916. Check my list of 1914-1918 newspapers. The British Newspaper Archive and Findmypast both publish millions of newspapers pages. 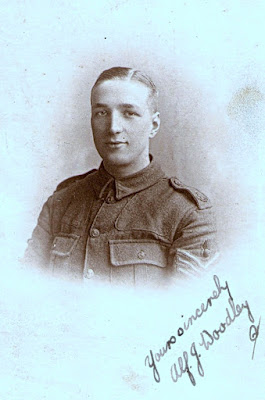 6. Publish your request in the form of a standalone single page website. Buying a domain and sufficient space to write something meaningful is neither expensive nor difficult. If you are looking for a photograph of Alfred J Woodley of the Northumberland Fusiliers, for instance, your website needs to be called Alfred J Woodley - Northumberland Fusiliers. A single page will suffice, but write good copy; write the story of Alfred's life, repeat his name in the article and write it in different ways: A J Woodley, Alf Woodley, Alf J Woodley. The idea here is that you are asking the needle to come to you, rather than looking fruitlessly in the haystack for it. Similarly, if you have published your request on a forum, this will be indexed by search engines and should appear in search results.

Contact me If you need assistance creating and writing your web-page.

A successful by-product of my research into Chailey1914-1918 is that since publishing my research online I have been contacted by many people with connections to the men and women I have written about. This in turn has led to additional information and, in many cases, photographs of the participants (like William Jared Brooks, below). Subsequently publishing the photographs on my blog opens these up to other researchers. 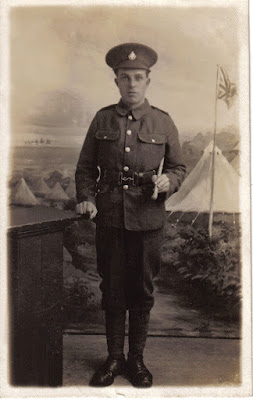 7. Check published rolls of honour. I have already mentioned the Bond of Sacrifice. De Ruvigny's Roll of Honour, published after the First World War, also includes thousands of photographs, and there are very many publications, many of these published in small runs, which may or may not include photographs of deceased service personnel. Check the Internet Archive for likely titles but be aware that a search will only search indexed titles rather than a deep mining of the texts themselves. Findmypast and Ancestry both publish rolls of honour which include portrait photographs, although you may have to hunt hard on those sites to find them.

With all of the above, your chances of success are greatly improved if the man you are looking for is an officer or senior NCO but be aware that it is still uncommon to find names printed with photographs. The photograph below is taken from the 2nd Battalion, Scottish Rifles in Malta in 1913. It's a fantastic resource which includes studies of all men serving in the battalion at the time. However, only the officers' page names the subjects. 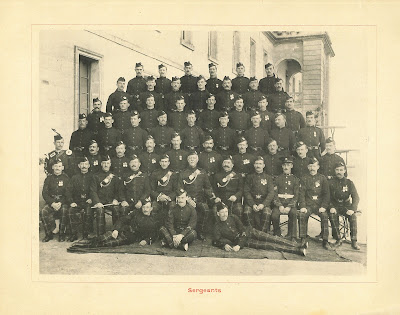 Finally, be prepared for a long wait, and for that matter be prepared to be unsuccessful. Even following all of the tips above, your chances of finding a photograph of your military ancestor - unless he or she was a senior figure - will be remote.

Having written this post, and purely by coincidence, I was contacted by someone who had bought a photograph of one of my distant family members and, reading about him on one of my blogs, contacted me. So it does work. Read the story of Alf Iliffe's photograph here.