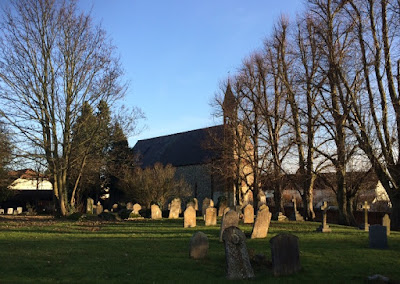 After a pleasant walk along the old Braintree/Dunmow railway line the other day, I photographed two CWGC headstones in the churchyard of St Mary's Church, Little Dunmow. 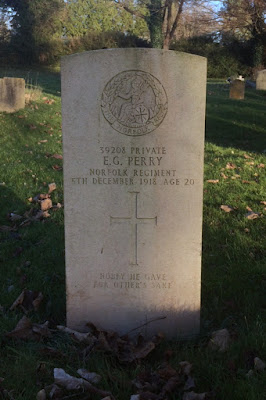 Edward George Perry - recorded as George Edward Perry on his medal index card and medal roll - was the son of Frederick George and Lucy Perry of Little Dunmow. The 1911 census notes that Frederick, a traction-engine driver, and Lucy had had 13 children, of whom one had died by the time the census was taken. Edward appears to have been the only military death in the family, although some of his brothers may also have served their King and Country.

Edward, who was a cowman by trade, was wounded whilst serving with the 9th Norfolk Regiment, date unknown, and had died of septicaemia at Exeter War Hospital. He had been conscripted in June 1918 and had arrived in France on the 11th October 1918. He received a shrapnel wound to his left foot at St Quention on the23rd October and sailed for England aboard the hospital ship, Aberdonain on the 3rd November, arriving back in England the following day. His service record notes that it was not until the 10th December 1918, five days after his death, that his father was notified. 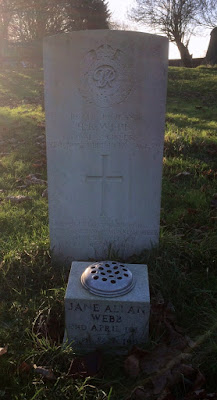 Also buried in the churchyard are Hubert Kitchener Webb and his wife Jane Allen Webb (nee Lindsay). Hubert and Jane had married in Dunmow in the fourth quarter of 1939. Hubert, born on the 6th July 1916, appears on the 1939 Register as a 23-year-old carpenter living with his parents at 2 Watch House Villas, Dunmow. He joined the army in 1939 and, having served in France, died of tuberculosis whilst serving in Scotland.  The Felsted Remembers website has included more detail about Hubert and Jane, and the photo of Hubert, below, also appears on this site. 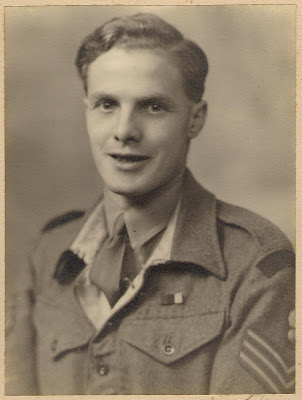 At the going down of the sun, and in the morning, WE WILL REMEMBER THEM.