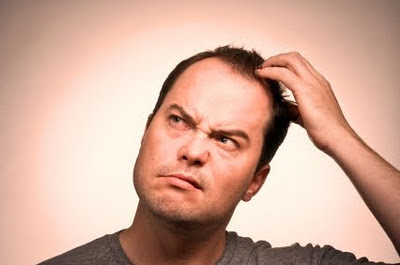 I must have searched tens of thousands of military records online and so I write this post with some degree of authority.

I should say at the outset that I find both sites to be a fantastic resource. For the First World War enthusiast, Ancestry has the service records in WO 363, the pension records in WO 364 and the WW1 medal index cards. That's pretty much a full set of WW1 records for other ranks and is an invaluable research tool. Ancestry also has the UK Military Campaign Medal and Award Rolls 1793-1949 AND the UK Naval Medal and Award Rolls 1793-1972. Given such an extensive catalogue, it almost seems churlish to mention that the two medal roll collections DO NOT include the rolls for WW1 and WW2.

For its part, findmypast.co.uk has the WO 97 Chelsea Pensioner records 1760-1913 and the militia records in WO 96 between 1760 and 1915. That latter end date should be treated with a degree of caution as I've yet to find a militia record for 1915, and in fact by 1915 the milita had been long dead, replaced by the Special Reserve in 1908. Nevertheless, these record sets are extremely valuable and complement the records on Ancestry very nicely. Findmypast has more related military records coming up soon and one presumes they'll be of the same high quality as those in WO 96 and WO 97.

So plenty there for the military historian and on both sites you can search across regiments without having to input the name of a soldier. Findmypast provides a handy drop-down list of regiments whilst on Ancestry you have to input the name of the regiment yourself. This can be handy, providing that your spelling is up to scratch, but it also means that if you type in "fusilier" in the regiment box, you'll get results for the Royal Fusiliers, Northumberland Fusiliers, Lancashire Fusiliers, Royal Dublin Fusiliers, etc.

For reasons known only to itself however, Ancestry does not allow wildcard searching on any number or letter search of less than, or more than, three numbers or letters. So if you knew that your Coldstream Guard ancestor's service number began with 3, typing in 3* would bring up page explaining why your search hasn't worked. That's a shame because it would appear that a simple change in the algorithm could give Ancestry searches the same flexibility that you get over on findmypast, and with many of the burnt documents in WO 363 displaying burnt or water-damaged numbers, we researchers need all the help we can get.

I'm not sure where the image comes from that I've used to illustrate this post but I'll be happy to acknowledge the source if the owner gets in touch.

Email ThisBlogThis!Share to TwitterShare to FacebookShare to Pinterest
Labels: Ancestry, Army Ancestry, Chelsea Pensioners, Find My Past, medal index cards, militia, WO 363, WO 364, WO 96, WO 97