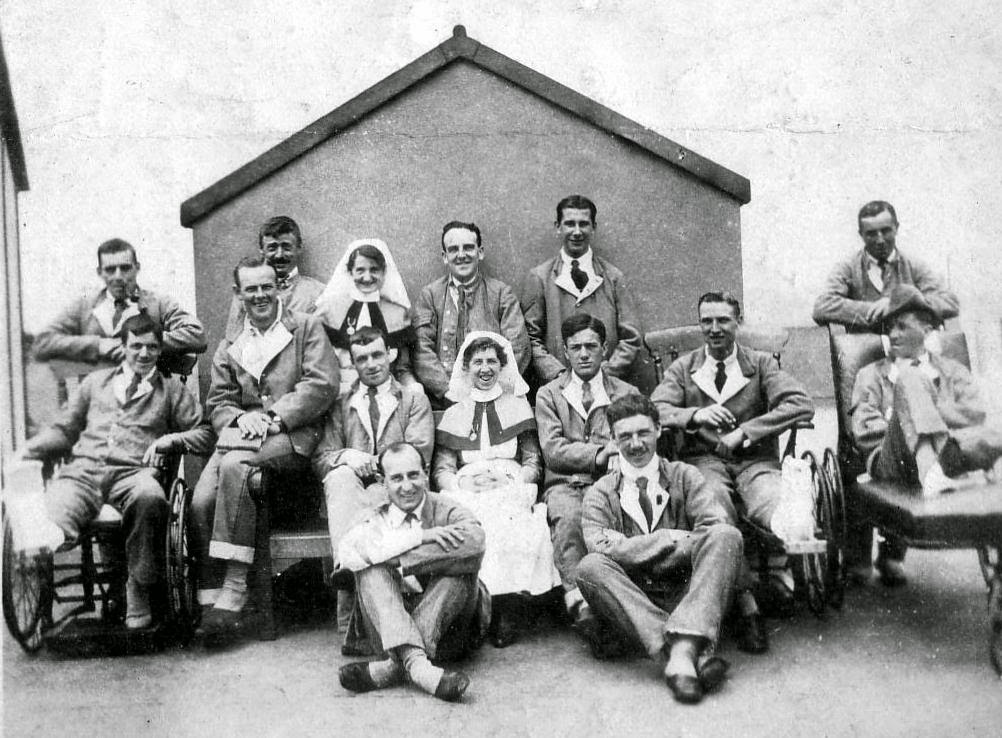 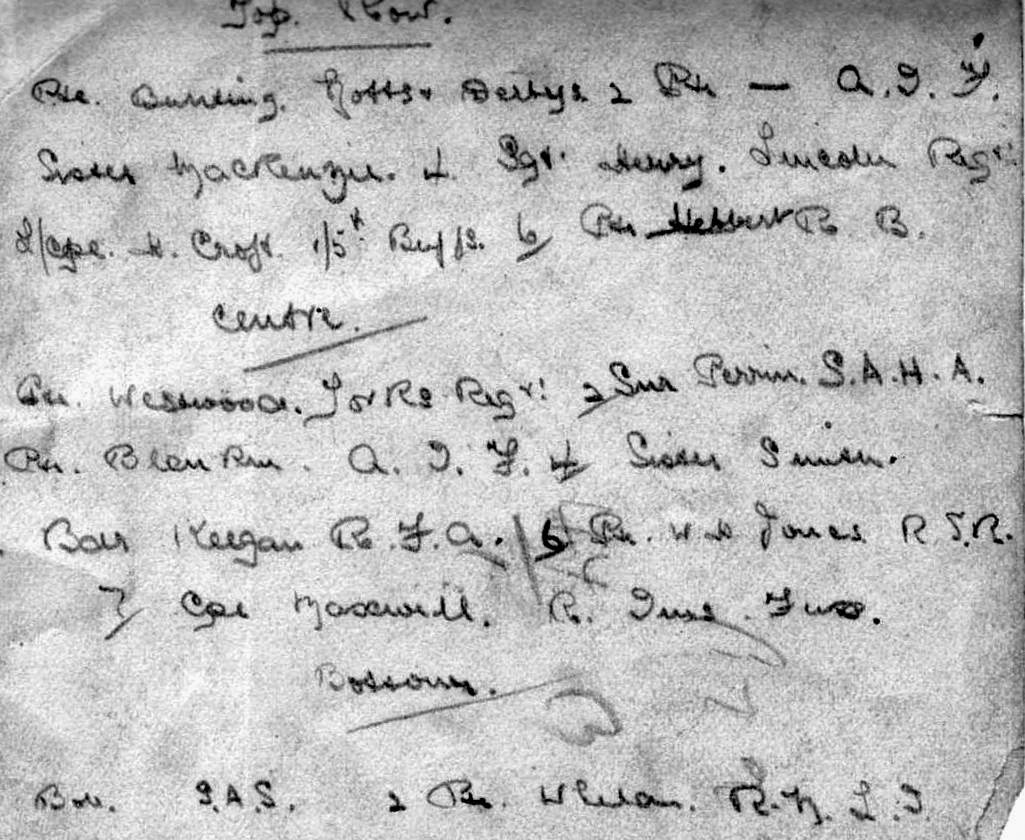 Derek thinks the photo dates to between 1916 and 1918 and so I ran some preliminary searches on the names in the hope of narrowing this down a little, or at least finding out more about the men.
H Croft of the Buffs is probably 1193 (later, 240171) Private H H Croft who enlisted on the 23rd February 1914 and was discharged as a result of wounds on the 8th August 1917.  Private (Lance-Corporal) Croft only appears as "H H" Croft on the medal index card (below), medal rolls and silver war badge roll.

There are medal index cards for 16 men with the surname Maxwell who served with the Royal Inniskilling Fusiliers. Two of these men were corporals: 10986 Corporal John Maxwell and 13553 Corporal William Maxwell.  Of these two men, only 10986 John Maxwell received a silver war badge and so this is possibly the Corporal Maxwell (wearing a borrowed AIF hat) in the photograph above. John Maxwell enlisted on the 22th August 1914 and was discharged as a result of wounds on the 27th July 1917. The fact that both these men had been discharged in 1917 must date the photograph to no later than 1917.

Derek also sent me a second photograph, reproduced below. In this image, William Jones is seventh from the left. On the reverse is written: "35342 3rd Troop, 4 Squadron Dragoon [unidentifiable, possibly "Guards"], Mooltan Barracks, Tidworth, Hants". 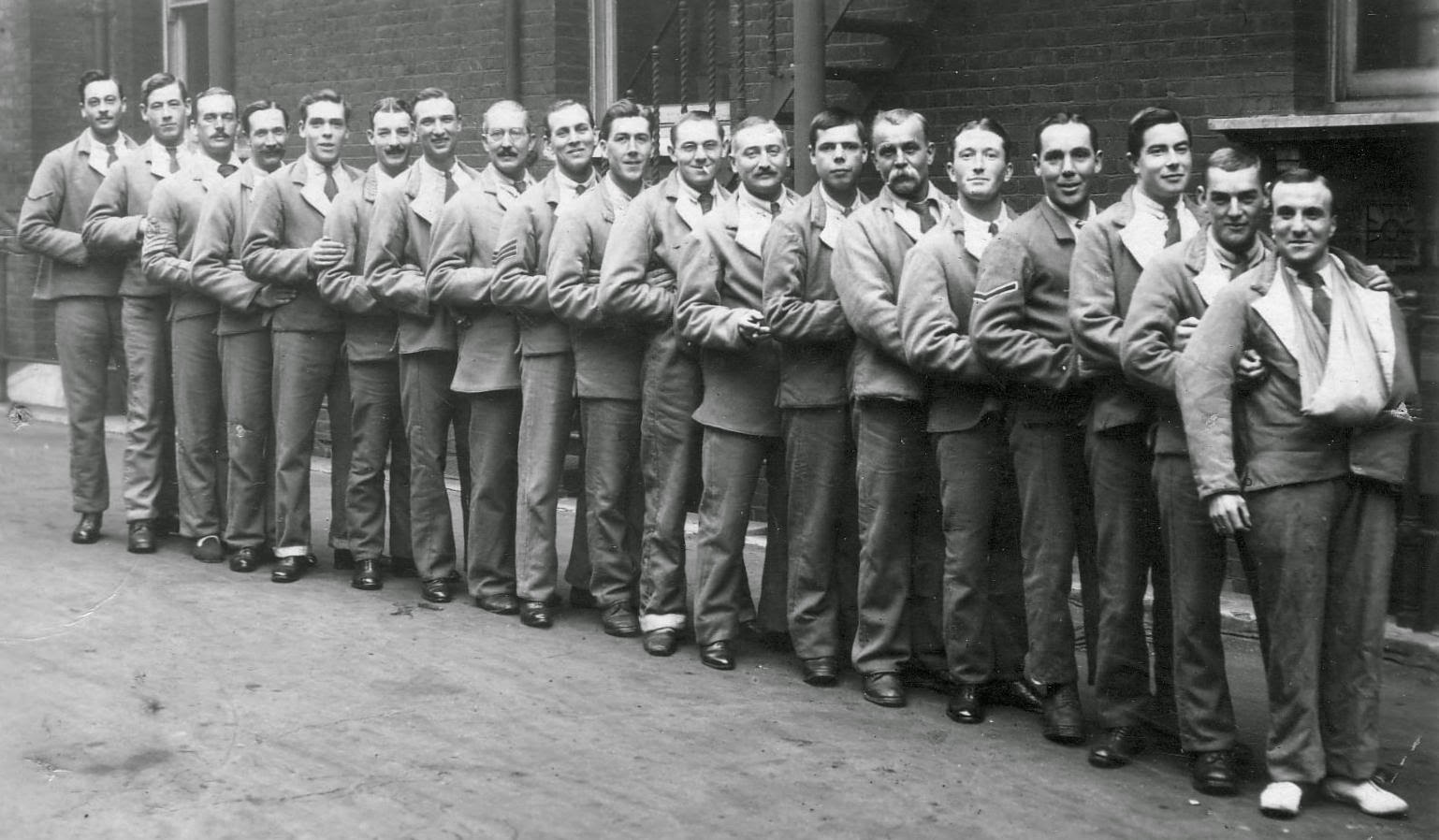 I would welcome further thoughts or inputs on the men (and two nurses) in these photos.