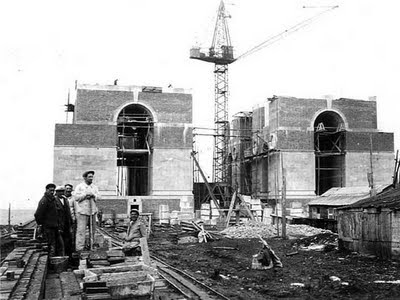 It's been another busy week with enquiries covering men whose service spanned the years 1880 to 1918 and who served with the Militia, the Volunteers, the Territorial Force and the regular army, both pre and post Cardwell reforms. We've also supplied information on a couple of Royal Navy men - service records plus details of the ships, with photographs, on which they served.

Talking of Cardwell, there's a good chapter in Edward M Spiers's book, The Late Victorian Army 1868-1902 and it's available to read on line via Google books. HERE'S THE LINK.

Enquiries this week have come from throughout the UK and overseas. We always aim to respond to enquiries within 48 hours and, when given the go-ahead, to complete the work within two weeks - and usually a good deal sooner than that. We'll also always give you an outline quote so that you know exactly how much you're going to be spending.

I used the photograph above on one of my WW1 Remembrance posts. It shows the Thiepval Memorial on the Somme, under construction in 1930. Two years later it would be unveiled, it's vast columns recording the names of over 72,000 men who died on the Somme battlefields and have no known grave. The photograph appears on the Australians on the Western Front 1914-1918 website.

If you'd like to find out more about your military ancestor, don't be shy; do drop us a line. We look forward to hearing from you.