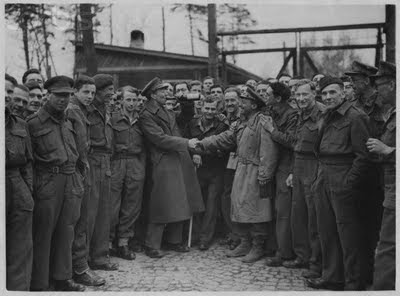 Ancestry has announced that it has published the following two data sets for the Second World War: WW2 PoW Records and a WW2 Roll of Honour. Details as follows:

1. WW2 PoW Records
Contains over 100,000 British Army Personnel PoW records. If your ancestors were held as prisoners of war in Germany up until 30th March 1945, you can now discover where and when they were captured and where they were held.

2. WW2 Roll of Honour records
The roll covers 349,000 people who died between 1st September 1939 and 31st December 1946, detailing those killed in action, those who died of wounds or diseases and those whose deaths were from natural causes. You can also find out where these events took place and if wounded, where they were sent.

These are important additions to the Ancestry catalogue but the WW2 Roll is incomplete and should be used in conjunction with the Commonwealth War Graves Commission website.

To find out more, search the Ancestry catalogues or Get in touch with us if you'd like Army Ancestry Ltd to search for you.

The Hulton-Deutsch photo above shows British Prisoners of War being liberated by soldiers of the 9th Army at a PoW camp in Brunswick, Germany in 1945.